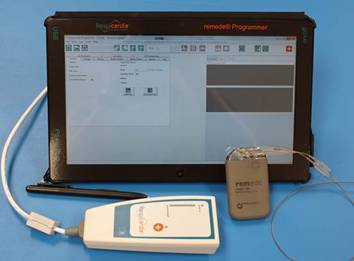 Photo source: Respicardia The Food and Drug Administration (FDA) has approved a new treatment option for sufferers of moderate to severe central sleep apnea. The Remedē System consists of a battery pack surgically placed under the skin in the upper … FDA approves new implant device to treat central sleep apnea

Snoring is a relatively common issue and for some people, it can be a real problem. There is an even larger problem that can be associated with snoring and it is an issue with sleep apnea. In fact, sleep apnea may affect up to 22 million people in the United States and 80% of those individuals are undiagnosed (1). Sleep apnea is an issue in which you experience periods of time where you stop breathing while sleeping. It can lead to many problems, including daytime sleepiness, nightmares, insomnia and snoring (2).

Up until this point, a problem with sleep apnea was generally treated with the use of a forced air machine, known as a CPAP machine. Now there may be another option because a new treatment has been approved by the FDA for those who suffer from moderate or severe central sleep apnea.

The machine is known as the Remedy System, and it is a small battery pack that is placed under the skin surgically within the area of the upper chest. Wires are then put into the blood vessels near the phrenic nerve, which is responsible for controlling breathing. When the system is operational, it monitors the patient while they are sleeping and continues to stimulate the phrenic nerve as is needed so that the diaphragm moves and breathing is restored to normal levels.

According to Dr. Tina Kiang, who is the acting director of the Center for Devices and Radiological Health at the FDA says that it is a viable option for the treatment of sleep apnea. She does say that it is important for people to talk to their healthcare providers so that they can understand both the benefits and the risks of this new treatment option.

Along with the aforementioned CPAP machine, some people with central sleep apnea would also need surgery or medication may have been given in an attempt to control the problem. According to Dr. M. Safwan Badr of the Department of Internal Medicine at Wayne State University, central sleep apnea is a difficult problem to treat. In his words, it is “an exciting new option… to improve breathing during sleep.” He also stated that it could improve quality of life.

How Successful Is It?

With approval being given from the FDA, some health insurers may begin to cover this option for treating central sleep apnea but it is still going to be up to each individual insurance company. So far, the clinical trials have shown positive results with 141 patients being tested as to the effectiveness of The Remedy” System.

Within the first 6 months, the hypoxemia index (AHI) saw a 50% reduction in over half of the patients. Without the implant inserted, it was only seen in 11% of the patients. AHI is a clinical measurement of sleep apnea episodes severity.

Is It for Everyone?

Although The Remedy” System has shown promise according to clinical trials, there may still be some issues associated with its use. This could include tissue damage and swelling at the implant site, along with the possibility of infection. 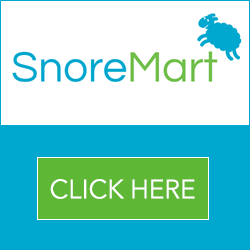